Playboy After Dark: Capturing a Moment in Time

Playboy After Dark was a syndicated TV series hosted by Hugh Hefner and which aired from 1969 to 1970 for a total of 52 one-hour episodes over two seasons. Recorded at CBS Television City in Los Angeles for the first season and at KTLA on Sunset for the second season, it featured some of the most popular artists in TV, film, music, and even comedy. This was Hefner’s second weekly series. His earlier effort, Playboy’s Penthouse, which aired from 1959 to 1960, was produced in Chicago, then the headquarters of the magazine’s offices, which limited the celebrities available for taping. The move to LA not only expanded the number and variety of guest stars, but also took advantage of LA’s prominence as the nexus of the entertainment industry in America. Following the end of the series, Hefner himself moved his base of operations from Chicago to LA in 1971. A compilation of some of the best musical performances is available above from the Aeolus 13 Umbra YouTube channel. The guest and song list is below at the end of this article.


As soon as one hears the smooth jazz opening theme music and sees the flashing lights of the Playboy building located at Sunset and Alta Loma, which also sported a Playboy Club, it’s hard not to feel a lot cooler and suave than one actually is in real life.


Both the 1959 and 1969 series centered on the now iconic cocktail party, with well-dressed men and women schmoozing, drinking, smoking, and flirting with each other while discussing the latest social and political topics. More notably satirized as a sketch in Laugh-In, the Playboy cocktail party was the fantasy that populated the minds of many young people of the era as the Holy Grail of single adulthood. Sharp-eyed Laugh-In fans will recognize tall, lanky, mustachioed African American dancer Bryon Gilliam, a Laugh-In cocktail party dancer and regular performer who also appears in Playboy After Dark, providing some continuity between the two programs. 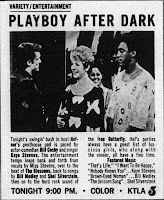 Few people and publications have so embodied the zeitgeist of its times like Hugh Hefner and Playboy magazine. To be sure, Playboy didn’t invent pornography. In fact, during its reign as the leading publication of nude female photography, it was generally regarded as the tamest of such magazines. Instead, Playboy’s influence is rather as a men’s lifestyle magazine. Building upon the traditional American rugged individualist, Playboy promoted a literate, worldly man, informed on contemporary art, fashion, film, literature, music, politics, sports, and, of course, sex. The old joke about Playboy, “I only read it for the articles,” has a grain of truth in that the articles actually were worth reading. As a young teen, I found myself unaccountably detracted by the articles, interviews, and jokes — honestly!


As noted in the expansive retro entertainment website TV Party, the set for Playboy After Dark was constructed at a cost of $35,000 (approximately, $244,278 in 2019) and Hefner had no problem attracting top stars and models to populate his parties. While the exposure succeeded in showing Hefner had more to him than just a purveyor of pornography, the show was still a difficult sell in the more conservative Midwest and Deep South where the Playboy name made widespread national syndication of the series somewhat challenging. In fact, it was so problematic that at least in one city, Charlotte, NC, the show was listed under the title “Hugh Hefner.”


At its height, the Playboy Empire included not just the magazine, but also books, merchandise, and a nationwide chain of high-end clubs. The clubs went out of business in 1991, but the brand was resurrected in 2006 and a handful still exists. In 1986, I almost made my way into the Buffalo club on a double date, ironically at the insistence of the girls we were with. While I was wearing a tie, the other guy wasn’t, so we didn’t get past the lobby. Yes, they had a dress code.


In a way, the magazines, the clubs, and the shows promoted a common male culture one step forward of the two-fisted drinkers of their father’s generation. The ideal “Playboy” man would be able to converse informatively at parties on a wide range of topics, tell jokes, and mix the latest drinks. Still though, with a few exceptions for the exceptionally talented female celebrity, women were typically treated as little more than accessories rather than as equal participants in the sexual revolution. 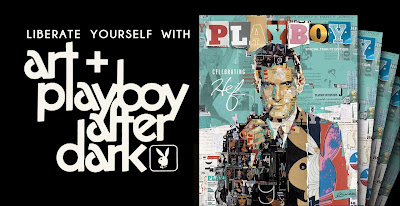 I am disinclined to attribute the entirety of responsibility for the sexual revolution of the 1960s solely to Playboy; however, the magazine rode the forefront of the social movement and was influential in spreading the idea that sex and the female body was not a dirty secret to be hidden, but rather celebrated. While Playboy was a relatively more modest publication than its competitors, the magazine could still push the limits of what was acceptable in terms of female nudity until  hardcore pornography became more widely distributed. I am reminded of a scene in Billy Hayes’s autobiography Midnight Express where, after escaping a Turkish prison in 1975 following five years behind bars, he picks up a copy of Playboy and is immediately shocked at how much more nudity was displayed compared to 1970.


That Playboy’s Penthouse and Playboy After Dark both lasted just two seasons each is not really indicative of a failure. The point of both programs was to raise the profile of the publication, and to that end, it succeeded. Additionally, both programs capture a moment in time and Hefner had an instinct for knowing when the moment had passed, and, like every good host, he knew when the party was over. 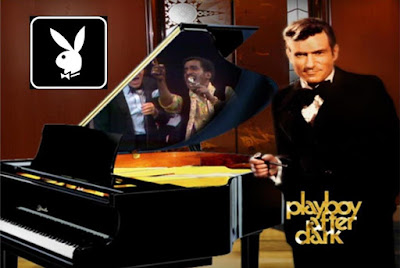 The musical guests performing in the video compilation above include (click on the links for each individual performance):