the silent do not cry


when they curl up to die 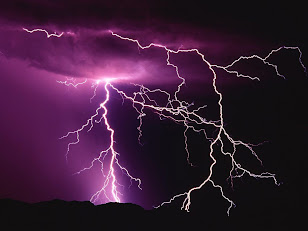 when we take our last breath


where our souls sank and slept


what hours will appear


when our lives come to rest

i cry with the sky

Posted by G. Jack Urso at 10:58 PM No comments:
Email ThisBlogThis!Share to TwitterShare to FacebookShare to Pinterest

Audio Documentary — News from the Front: Memories of a World War II Refugee


Sound clips from the classic documentary series The World at War provide quotes from General Mark Clark and other observations that put the experiences of the two interview subjects in the context of larger historical events.

The art below was created by an inmate in a higher education program who was inspired by several of my poems.


Ode to an Inmate


The Prison Chronicles: No Way Jose

The Prison Chronicles: The Criminal Underclass and
Inmate Higher Education


Turning Towards Mecca at the County Jail

Posted by G. Jack Urso at 10:16 PM No comments:
Email ThisBlogThis!Share to TwitterShare to FacebookShare to Pinterest

The Prison Chronicles: No Way Jose

Jose was one of my first students in the college program I began running at Hudson Correctional Facility in 1989. My first impression of him came the first night of the Spring 1990 semester when he skipped class, claiming to be ill. I went to his cottage to deliver his books to him and the correctional officer pointed down a short hallway to his dorm room. I went and found him and several other inmates smoking a joint.


Jose looked at me like a kid caught with his hand in the cookie jar. Everyone went silent.


The other inmates broke up laughing. I declined his gracious invitation and never reported the incident. I couldn’t fault them for finding some solace from being in the can.


Jose was incarcerated for raping a minor. Rumors are a dime a dozen in jail, but the word was the victim was a child under 12. There is a common perception that child rapists are tortured in prison by other inmates. While that may be true, I never saw any evidence of it. Most inmates are simply not willing to risk their “good time” satisfying the need for justice of those who put them behind bars. If someone does get attacked, it's often for reasons other than their crimes. Jose quietly completed his degree and then transferred to another facility.


A couple years later, Jose transferred back to Hudson looking about thirty pounds lighter. Jose was somewhat slight to begin with, so the weight loss was noticeably unhealthy. His brown skin seemed paler, his eyes watery.


Entering my office, Jose seemed anxious to speak with me. I thought it curious because I seldom spoke to Jose when he was a student. He had me pegged as an over-educated college boy too nice to drop a dime on him when I caught him smoking weed in the dorm room.


He closed my office door and told me that he had AIDS, and he was dying.


I was stunned; no one had ever opened up to me like this before. My role was as an academic advisor, not a therapist. I advised students about which courses to take and which majors to declare — questions about life and death were not in my job description.


With all the counselors on staff, I wondered why Jose elected to tell me. He was not in the college program anymore and, as I previously stated, I had little interaction with him while he was a student.


I read Randy Shilts' massive book, And the Band Played On: Politics, People, and the AIDS Epidemic. Indeed, it sat on a shelf in my office when I took over the job. A compelling mystery, I read it on lunch breaks and between programs — several times.  A family friend died because of AIDS-related complications so I had some sympathy most, at the time, did not. In the early 1990s, fear ran rampant about the disease. People feared being touched by someone with AIDS. HIV-positive children were driven out of their schools and communities. For someone like Jose, a child rapist, exiting the world at this time was going to be a long, hard journey.
Inmates seldom ever speak about their crimes, and while Jose seemed to want to speak about the weight of his life, he was unable to do so. Perhaps the fear of being rejected by even the too-nice-for-his-own-good college kid held him back. I felt a like a priest being asked to give last rites.


There is a secret fantasy I think we all entertain when contemplating our own shuffling off of the mortal coil — just who will miss us when we are gone. For someone like Jose, who burned many bridges in his life, those numbers were few. Even though my relationship with Jose was minimal beyond my role as an academic advisor, I think he wanted to know there were people he had to say goodbye to even if no one would miss him.


Speaking with Jose, it became clear that he was analyzing his life in an entirely different light since his diagnosis. I could sense the regret he felt for not being more aware of the pain he caused others until now, when there was nothing he could do about it but just lie down and die.


I know there are many reading this now who feel Jose’s condition was the result of him sowing the seeds of his own self-destruction and whatever lonely, pathetic death he suffered was just reward for the crime he committed. I can't say such thoughts did not also cross my mind.


Nevertheless, looking at Jose and seeing the whole weight of his existence settling in on his shoulders and pushing him into the ground with each passing moment, I figured he didn't need me to tell him what he already thought himself. Overwhelmed by the whole tragedy, I could only embrace Jose and wish him Godspeed.


I never saw him again after that. According to my research, Jose died about eight months before his next parole hearing and exactly one month before author Randy Shilts also died of complications brought on by AIDS.

Ode to an Inmate

The Prison Chronicles: The Criminal Underclass and

Turning Towards Mecca at the County Jail