Opening and Closing Credits to Jonny Quest — From the Aeolus 13 Umbra YouTube channel. 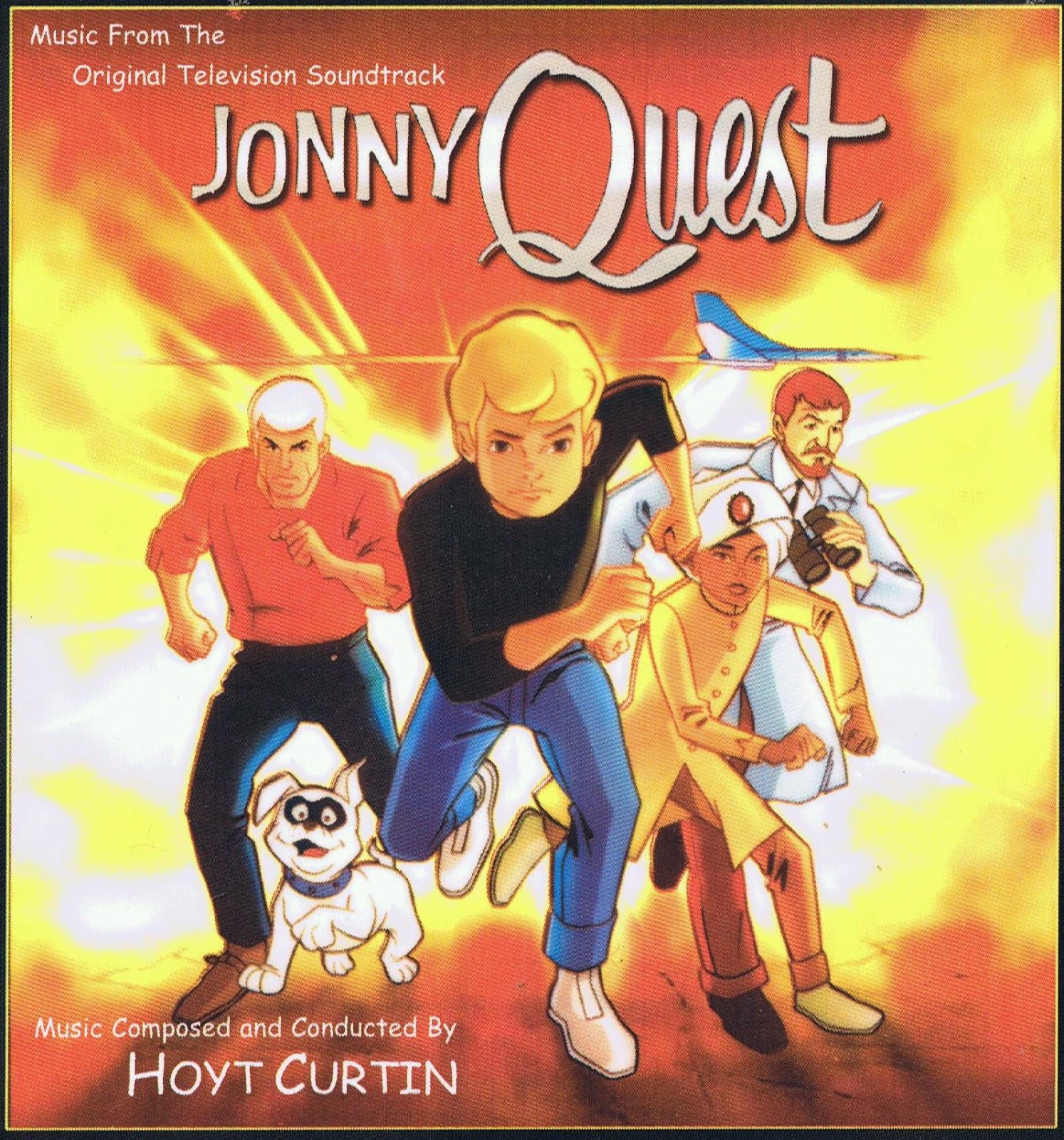 My love of jazz can be traced to one influential piece of music — the theme for Jonny Quest, the ground-breaking Hanna-Barbara animated TV show that ran from 1964 to 1965, followed by two revival series and a couple full-length TV movies. Breaking away from the steady diet of anthropomorphic animals and stone-age families that populated Saturday morning television in the early 1960s, Jonny Quest featured a realistic animation style and was designed to look and sound as though it was a live-action, prime time program. In fact, the show ran in an early prime time slot on Friday nights during its original run. The show is an iconic portrayal of the era in which it was made and remains an animated classic to this day. The complete soundtrack, including themes and incidental music, can be found on the 2-CD set, Jonny Quest: Music From The Original Television Series (see below for the complete recording streamed from the Aeolus 13 Umbra YouTube channel).

For the space-age baby-boomer generation living in the immediate post-Kennedy era Jonny Quest modeled our highest aspirations at the time: science and technology, a global community, and rugged individualism. The enemies ranged from primitive fire-god worshippers and organized criminal syndicates to mad scientists and monsters. The show was also arguably ahead of its time in that the name of Jonny's constant companion — Hadji — suggests the boy is Muslim, though his faith is never explicitly discussed. Then again, Jonny's faith, other than in science and adventure, is also never discussed. 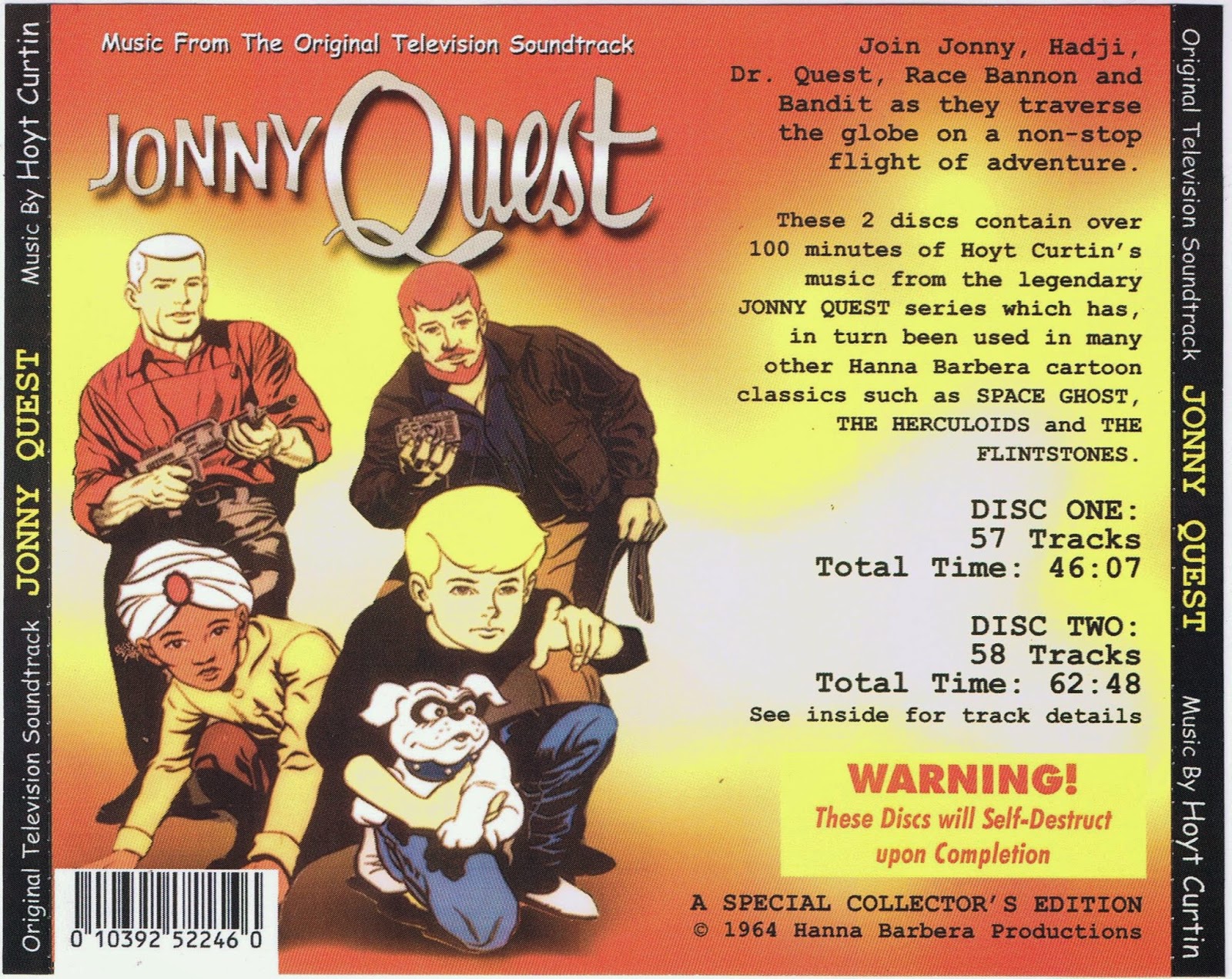 What got me hooked though was that music — that glorious, pulse-pounding opening theme kicks in with the steady beat of tom-toms, followed by a tight brass ensemble to create  a sense of action and  adventure with just a hint of danger and mystery. Ok, so it was a highly polished, commercial big-band brass sound, but the piece perfectly captures the action-adventure theme music that typified the 1960s sound, which also includes such themes as those from the TV shows Hawaii Five-O, Mission: Impossible, and The Mod Squad.


Composer Hoyt Curtin created the opening title music for many of the Hanna-Barbera TV shows that baby boomers grew up with, including The Flintstones, The Jetsons, Superfriends, and many more. The Jonny Quest theme proved so popular that it was recycled by ever thrifty Hanna-Barbara in other shows for decades to come, including the incidental music. 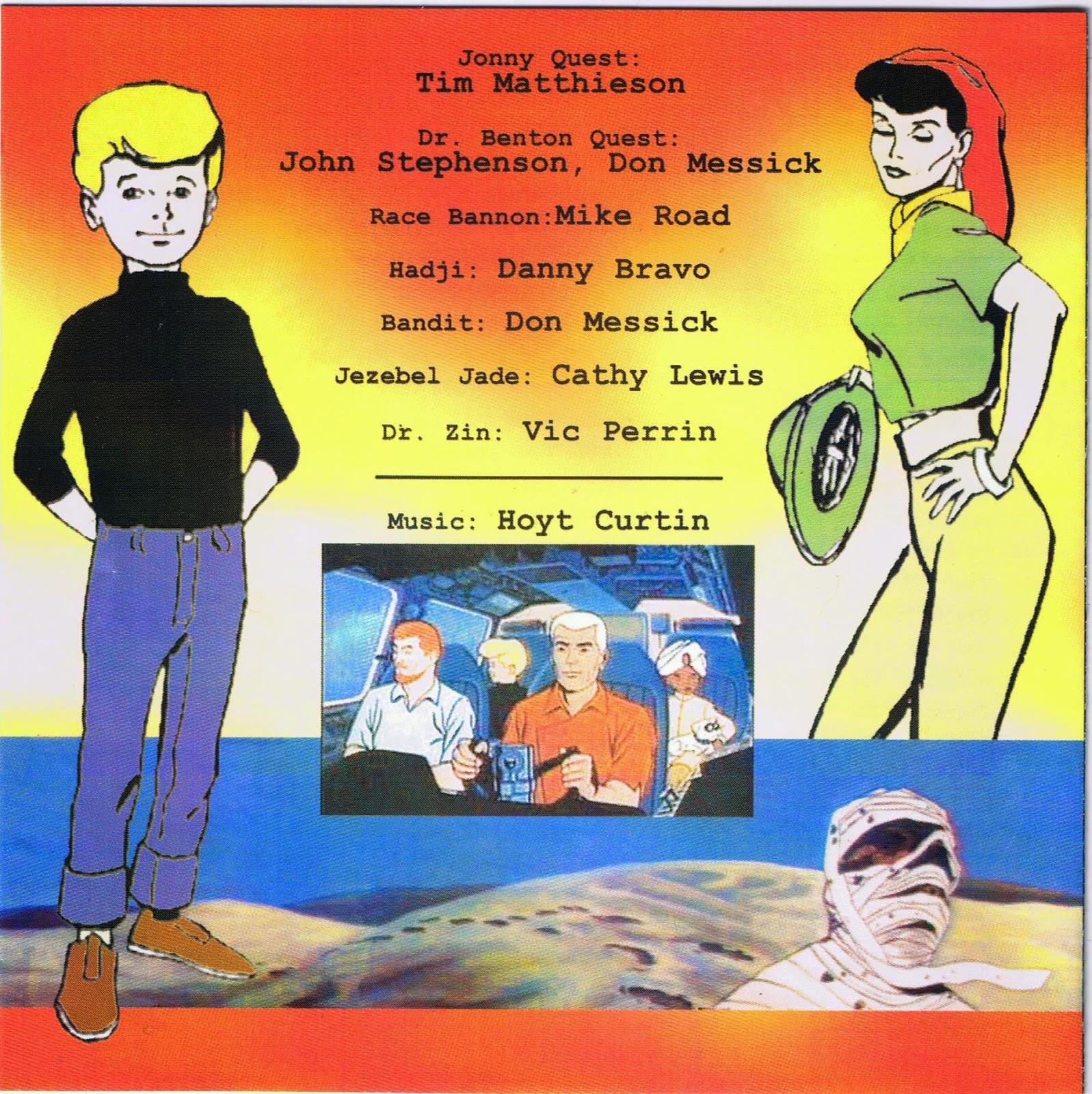 Indeed, it is the incidental music from Jonny Quest where Curtin’s real genius shines. Rather than being thematically unrelated pieces of music serving as forgettable background noise, the incidental music here establishes mood and pacing using memorable note progressions and minor themes — some of which could well be expanded into full-length compositions. By repeating these themes throughout the series, the incidental music becomes part of the narrative. In this sense, one is reminded how the multimedia aspects of video can provide a more fully immersive story-telling experience. With the 2-CD set running nearly 1 hour 49 minutes, we can see that the incidental music played a larger role in the series than the more memorable opening and closing themes.


Curtin revealed some secrets behind the production of the music in a 1999 interview with ClassicJonnyQuest.com. The band used for the sessions was a jazz ensemble consisting of four trumpets, six trombones, five woodwind doublers, and a five-man rhythm section including percussion. Two of the drummers were Alvin Stohler and Frankie Capp. According to Curtain, the opening theme took about an hour to produce; however, the shorter “cues” were usually done in one take after a quick rehearsal. The titles of the cues themselves were not named by Curtin, but rather by the sound editors. At the time, Curtin, who died in 2000, thought that most of the cues one can hear on this recording had been lost, so we can only wonder what his response would be to these rare CDs!

It was while perusing the racks at the New York Comic Book Convention a couple years ago that, to my delight, I happened to find Jonny Quest: Music From The Original Television Series. The origin of this recording remains unknown as there is no publisher listed. Longtime Jonny Quest fans will recognize images from the CD cover art included above as having come from the DvD collection, Jonny Quest: The Complete First Season (2006). A gift from secret JQ fans from inside Hanna Barbara? Perhaps, but, regardless, here we can hear not just the classic opening and closing themes, but also all the incidental music, including cues and dialog tracks. To date, this is the most complete collection. The full recording is provided below from the Aeolus 13 Umbra YouTube channel:

Note: There are a few very minor differences between the order of the tracks provided with the liner notes of the recording and the actual tracks on the CDs. The list above reflects the correct order. Very special thanks to Aeolus 13 Umbra reader Cathy S. for her help in compiling this list!