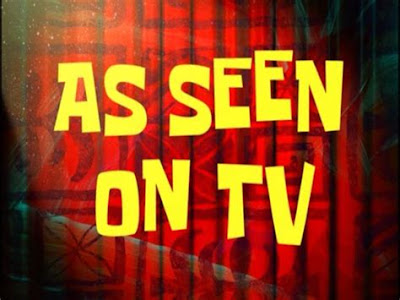 Archeologists piece together ancient lives by the careful study of artifacts. Bits of bone, clothing, tools, and art give us an insight into how our ancestors. In the future, archeologists will piece together dreams and time-specific social-psychological influences by studying perhaps the most ephemeral of sources: TV toy commercials. The following video clips at the end of this article from the Aeolus 13 Umbra YouTube channel feature toy commercials on American TV from the late 1950s through the 1970s, and period of time covering the youth of those born during the Baby Boomer era (1946-1964).


Over five hours of advertisements for toys are included here, and you’ll be hard-pressed to find a duplicate commercial in the bunch, which only goes to underscore the creativity and imagination of toy makers in this period. Early on, there are the usual family board and card games, dolls, cars, and trains, but also toys based on TV cartoons, military-themed play sets, and action figures. There are also toys echoing the burgeoning space race of the era, one of America’s more noble aspirations, and nearly endless variations of Barbie dolls and G.I. Joes.
These commercials don't just give us insight into the types of toys available in decades past, but also the many different manufacturers, some of whom still exist, but many that have vanished from the marketplace. Additionally, we can also glean some insights into period-specific fashion, hair styling, and language. Typically, the commercials feature actors and narrators using a Mid-Atlantic accent while other regional dialects, such as Southern or Western, are generally avoided unless character specific. In this way, the commercials provide not just information about toys, but also help spread a common culture, giving children from the East Coast to the West Coast and all points in-between more in common than just the toys on their shelves.


As the commercials continue into the late 1960s and 1970s, and the Civil Rights-era emerges, the all-white cast gets some color as African-American children get featured and dolls and action figures accordingly manufactured on a wider scale, and sold alongside with their Caucasian equivalents — achieving a racial integration in the marketplace, if not always in real life. In this way, toy manufacturers helped sensitize the public and soften the ground for wider acceptance of integration by the next generation. Naïve, yes, but civilization moves forward in such incremental steps.
While obviously an idealized version of everyday life is presented, collective hopes and fears can be surmised from studying the commercials. The variety of military-themed toys, from guns, action figures, and playsets is a curious phenomenon in a world that just saw millions die in two horrible World Wars. Just as boys are being conditioned for war, so are girls are being conditioned to serve as homemakers and mothers with games like Mystery Date, the Easy Bake Oven, doll houses, and dolls of all sizes. This is not always a negative thing in and of itself, but the gender roles in this era are fairly specific and limited.