There is nothing in the dark that isn't there when the lights are on.
–        Rod Serling
Forty years ago today, on June 28, 1975, writer Rod Serling passed away at 50 years of age after complications from heart surgery caused by overwork and a lifetime of heavy smoking.
Serling, a 5 foot 4 inch army paratrooper, was noted for his bravery under fire while fighting in the Pacific theater during World War II. He was wounded on more than one occasion, earning him a Purple Heart and a Bronze Star. He saw much of the brutality and gruesome horror of that war and, along with many veterans, found writing a cathartic experience.
Frequently, in his opening narration in The Twilight Zone Serling would intone, “Submitted for your approval,” a phrase he likely often used in his submission of work to various publications. In a way, Serling approached his viewers as though they were his editors. All writers suffer from bouts of insecurity regarding public acceptance of their work and Serling received forty rejection notices before he sold his first story. That’s just forty individual rejections; if a TV series bombs that’s forty million rejections. 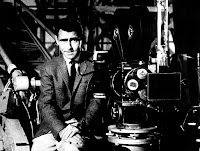 Serling wrote 48 of the 65 episodes of the first two seasons of The Twilight Zone, and 90 of the series' 156 total episodes over five seasons — quite a lot compared to today's more typical 24 episode season.  Serling's need for creative control drove him to become involved in many aspects of the production, and the resulting stress created a five pack a day smoking habit that would eventually kill him. Indeed, one theme that Serling often revisits in The Twilight Zone is the merciless pace of the business world, overbearing bosses, and the loss of our childhood innocence. We can see this in such episodes as “Kick the Can,” where a group of senior citizens are transformed back into their younger selves; “A Stop at Willoughby,” written by Serling himself, where a stressed-out businessman seeks to escape the pressures of the present by visiting his past; and “The Bewitchin' Pool,” where the children of a rich and successful (and miserable) couple seek a simpler life.
Every writer has certain special loves, hang-ups, preoccupations, and predilections. In my case, it’s a hunger to be young again. A desperate hunger to go back where it all began.  A bittersweet nostalgia for a time well-remembered.
–        Rod Serling (American Masters Rod Serling: Submitted For Your Approval)


It is probably no surprise that Serling selected “The Bewitchin' Pool” as the final episode of the series.  It is a criticism of the of the modern American affluent lifestyle, for the material rewards it provides often comes with a price. The story echoes Serling's own growing desire to escape the rat race, which he eventually did on June 28, 1975. 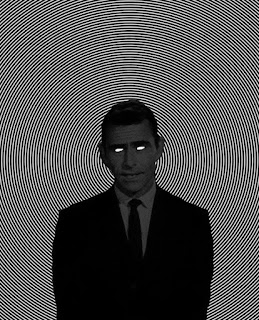 Shooting out into space at the speed of light is the visual detritus of our civilization. Eventually, these stray signals will be all that is left of us, far long after our sun has burnt out and the last human has taken their last breath. There, in the background static of the cosmos will be Rod Serling’s grey visage, like a ghost — a ferryman on our own personal river Styx. A shadowy subconscious guiding us between the twilight and the night.