My Last Fourth of July


I celebrated my last Fourth of July in 1979. After the divorce, my mother sold our home on Norwood Avenue, which she could not  afford on her own, and moved us into a small two-up, two-down row house. As a child, Independence Day was a day-long event. For a few years we hosted an annual picnic in our backyard. Since it coincided with my grandfather’s birthday, both relatives and friends of the family would gather. Fireworks were ubiquitous, even if most were illegal. One year, I remember looking down the street and seeing so many sparklers and roman candles lighted up in front yards it looked like an otherworldly arc of light, transforming the usually quiet neighborhood into a dreamlike fantasy out of one of my children’s books with happy endings brightly painted in watercolors. 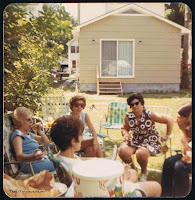 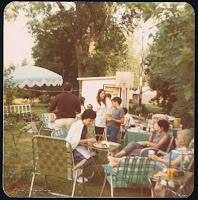 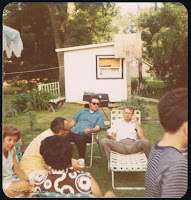 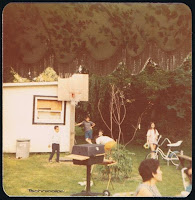 My mother never liked fireworks — the explosions reminded her too much of wartime Sicily. On one summer vacation in the late 1960s in Wildwood, New Jersey, the low-flying planes dragging advertising banners freaked mom out so much that she ran all the way back to the motel in a panic leaving me and my siblings to fend for ourselves until she gathered her wits.


I wish I could remember where my brother and sister were that evening, but the divorce fractured not only the bonds between husband and wife but also with and between the children. Afterwards, we tended to go our own ways. My father's many affairs and my mother’s full-blown, hot-blooded, Sicilian meltdowns caused a bit of a scandal in our close-knit Catholic Church and school. My friends faded away, as did my mother’s, and I withdrew into a shell of isolation. It was as embarrassing and as uncomfortable for me as it was for her, if not more so.


I had been spending the summer working with my mother in her one-woman cleaning business. She was always a bit of an entrepreneur, even when serving in the role of a traditional housewife, often cutting hair for neighborhood ladies to pick up a few bucks. She once joined a cleaning product Amway-like pyramid scheme business called “Best Line” and somehow managed to sell enough product to win a trip to Paris, France, much to the consternation of those in the pyramid above her.


We cleaned businesses as well as private homes, and since the only families who could afford a cleaning woman were relatively wealthy, compared to us, she spent the days constantly reminded of what we lost as a family as she scrambled to make a living the best she could with a sixth-grade education.


This was the first summer after we moved out of the family home and I was suffering Independence Day withdrawal symptoms. No picnic. No fireworks. No friends. The only family was my mother and myself.


We had been slowly learning that holidays were mainly for families — intact families. That previous Christmas, less than a month after we moved out of the old family home my mom threw a combination holiday and housewarming party in our little row house. A handful of former neighbors showed up, though my childhood friends chose not to join their parents that particular evening. Just a few years previous we had a houseful over the holidays. Now my mother scrambled for a few people to show up and pay their “respects,” as though there was a death.


Holiday or not, my mother worked every day cleaning homes weekdays and a couple businesses on the weekends. Even though she had to be at work at 5 a.m. the next morning, I think my mother also felt that we had to do something that evening. I had never seen the big fireworks display downtown at the Empire State Plaza, Nelson Rockefeller’s massive monument to post-modernism, so we climbed into our sunshine yellow 1971 VW Super Beetle crammed with cleaning supplies and headed downtown.


Unable to find a parking spot, we drove slowly around the plaza. We lingered long at traffic lights to watch the fireworks before being moved along by a cop or impatient driver until we got to another light and repeated the process.


My mother paused the Beetle at an intersection just at the top of a hill and we looked at the fireworks as they exploded over the plaza. The beauty salon she cleaned stood on the corner opposite us. Once a hairdresser herself who counted actor Kirk Douglas’ sister as one of her clients, she now cleaned up after the stylists. Her occasional advice on cutting techniques ignored. Though barely into her forties, my mother was losing all those things that gave her status in society. Her husband, her house, her career, her future — all those things that once lit up her life now seemed to have been as brief as the fireworks that burst and quickly faded overhead.﻿
We glanced up to see the display reach its climax in a dazzling show of light and thunder. The audience's gasps of awe mixed in with the pyrotechnics, producing a calliope of sight and sound. Bathed in the dreamy glow, we spoke softly about the picnics in the old days of just a few years ago. The light changed to green and a horn sounded from behind, urging us to move on. My mother put the car into gear. We turned the corner and went home.
●             ●             ●

Posted by G. Jack Urso at 11:23 PM
Email ThisBlogThis!Share to TwitterShare to FacebookShare to Pinterest