Neoclassicism, Romanticism, and the Norman-Saxon Conflict in Ivanhoe


A circumstance which greatly tended to enhance the tyranny of the nobility, and the sufferings of the inferior classes, arose from the consequences of the Conquest by Duke William of Normandy. Four generations had not sufficed to blend the hostile blood of the Normans and Anglo-Saxons, or to unite, by common language and mutual interests, two hostile races, one of which still felt the elation of triumph, while the other groaned under all the consequences of defeat. (Scott 30)

The origins of the Norman-Saxon conflict in Ivanhoe, by Sir Walter Scott, began on a wind-swept English hillside in 1066. Duke William of Normandy arrived on the shores of England with an army to make good his claim on the crown of England. The Normans won the battle and the duke became known to history as William the Conqueror. What followed was one of the most complete subjugations of a conquered people.  In the end, the native Saxon population assimilated Norman culture into their own. Certainly, they had little choice, but a new society evolved that was no longer completely Norman or Saxon, but rather “English” in nature (Howarth 7-9, 201). It is this societal conflict that Ivanhoe is built upon, and also serves as means to explore the transition from the Neoclassical to the Romantic era in literature and society.
The Medieval Generation Gap
"Let him wander his way," said he [Cedric]; "let those leech his wounds for whose sake he encountered them. He is fitter to do the juggling tricks of the Norman chivalry than to maintain the fame and honour of his English ancestry with the glaive and brown-bill, the good old weapons of his country." (Scott 186) – Cedric to Rowena about his son, Wilfrid of Ivanhoe.
One manifestation of the Norman-Saxon conflict is found in the relationship between Wilfred of Ivanhoe and his father, Cedric. In Ivanhoe, the Saxon culture symbolizes the Romantic ideal of the transcendent power of nature over civilization, represented by the Normans, who exemplify the Neoclassic paradigm.


Cedric’s fanatical devotion to native Saxon traditions and Wilfrid’s adoption of Norman customs creates a generation gap, a perennial theme in human relations that provides Scott a nexus through which the tensions between the Saxons and Normans, and Romanticism and Neoclassicism, can be explored. Being a perennial theme in parent-child relations, this aspect of the novel enhances the timeless quality of Ivanhoe.


An additional aspect to the generation gap between Wilfrid and Cedric is that it also serves as a guide to the state of Norman-Saxon relations in the book. The estrangement between father and son at the beginning of the book mirror the conditions of affairs between the conquerors and the conquered. By the end of the tale, when Wilfrid and Cedric reconcile, so too do their respective cultures. The two peoples come to terms with each other because of the transcendent truth in nature that compels the heroes in Ivanhoe to fight injustice. Though in the case of the Jewish characters, Rebecca and her father Isaac, they are seen as apart from the warring Christian factions, and in the end are not reconciled to the society that is at odds with them.


"I have heard men talk of the blessings of freedom," he [Wamba, the jester] said to himself, "but I wish any wise man would teach me what use to make of it now that I have it." (Scott 197)
The Norman-Saxon conflict in Ivanhoe serves as an extended analogy for the clash between Neoclassicism and Romanticism. The Normans, with their civilized ways, are thinly-veiled personifications of Neoclassicism, who represent order and control, especially control of nature ("Neoclassicism and the Enlightenment Overview"). Nature, represented by the Saxons, and in particular by the character of Locksley (Robin Hood), is at the core of the Romantic identity. It is for the natural rights of freedom, equality, and justice, that Wilfrid, Locksley, and the Saxons fight against the Normans.


These natural rights are outlined a generation before Ivanhoe was written in 1820. The Declaration of the Rights of Man and of the Citizen, authored in France on the eve of the French Revolution in 1789, embodies aspirations Scott attributes to the Saxons in Ivanhoe. Ironically, this document is the end product of Neoclassical Enlightenment (du Motier). Like a phoenix, Romanticism rose from the ashes of the era that preceded it.


Shifts in the cultural zeitgeist, however, are not so quick. The Neoclassic spirit lasted well into the early 19th century as a new generation of artists and writers struggled to give birth to the Romantic era. Scott, in Ivanhoe, articulates this conflict through the dynamics of the relationships between the principle Norman and Saxon characters.


At the time Scott wrote Ivanhoe, England and Europe began to move away from the Neoclassic obsession with classical Greece and Rome to shift their focus on the influences of the Medieval era (Agrawal vii). A later example of this can be seen in Alfred, Lord Tennyson’s Idylls of the King, written between 1856 and 1885, about King Arthur and his quest to establish a more fair and just kingdom in his realm. This echoes the motivations of Wilfrid and Locksley who also struggle for a just kingdom under a just king.


"Norman saw on English oak.
On English neck a Norman yoke;
Norman spoon to English dish,
And England ruled as Normans wish;
Blithe world in England never will be more,
Till England's rid of all the four." (Scott 267) – Wamba, the jester.


Characterization in Ivanhoe reinforces the conflict between Norman and Saxon as well as the Neoclassic and Romantic. The Normans are typically portrayed as two-dimensional stock villains. Front-de-Boeuf, Malvoisin, and Prince John seldom, if ever, rise above their petty biases and greed. The notable exceptions being Brian de Bois-Guilbert (the ill-fated Byronic hero in love with Rebecca, the Jewess) and King Richard the Lionheart, who seeks to unite the Normans and Saxons under one rule. As a side note, while King Richard is long noted as the very model of the English warrior-king, in reality, he only spoke French – the language of the conquerors – and knew little, if any, English (Weir 254).


The Saxon element in Ivanhoe is more development due to importance of the ideals they represent. Locksley, Robin Hood, is the enlightened monarch in his forest kingdom whose example outshines that of Richard the Lionheart. Wilfrid is the questing knight seeking union with the Romantic ideal by reuniting with his cultural roots. Urfried, the tormented victim of Norman aggressions, perishes along with her father’s castle singing a Saxon death-song. Even minor characters like Friar Tuck, Wamba, and Gurth, are given a depth lacking in many of the Normans.


Saxon characterizations are stressed as they represent the Romantic spirit Scott is seeking to idealize. By connecting the heroic elements of the novel with the Saxons strengthens the validity of the Romantic movement to Scott’s readers.
Two Peoples, One Nation
"Is it too much that two Saxons, myself and the noble Athelstane, should hold land in the country which was once the patrimony of our race?" (Scott 210) – Cedric, father of Ivanhoe.

The resolution of the Norman-Saxon conflict in Ivanhoe provides more than a happy ending to a romantic adventure reconciles Neoclassic and Romantic ideals. The Romantic ideal may engender more sympathy with the reader, but nevertheless there is a union of the two philosophies.


At the marriage of Wilfrid and Rowena we see Norman and Saxon come together. Wilfrid, the Saxon who adopts the Norman martial tradition, is reunited with his fanatically Saxon father who once disowned him. Rowena, a descendent of the Saxon royal line, lends the authority of her lineage to legitimatize Norman rule among her people.


Symbolic of his efforts to unite the two peoples in his realm, King Richard has worked to unite Wilfrid and Rowena throughout the novel and their marriage brings an end to the threat of Saxon rebellion. Wilfrid represents a model that both Norman and Saxon identify with, closing both a cultural and generational gap. Represented by the Cedric, the older generation of Saxons who clung so closely to the native ways can now accept the Normans, not as enemies, but as two people who have been joined together as much as Wilfrid and Rowena have themselves.


The Jewish Problem
The reception of this person [Isaac, the Jew] in the hall of Cedric the Saxon was such as might have satisfied the most prejudiced enemy of the tribes of Israel. (Scott 66)

There is dark side to Ivanhoe, and not everyone experiences a happy ending. Though saved by Wilfrid, Rebecca and her father Isaac leave for Moorish-controlled Granada at the end of the novel to avoid more of the systemic anti-Semitism of English society. It is with no small-measure of irony that Scott asserts the safest place for 12th century Jews was not in Christian England but rather Islamic Spain. Indeed, the treatment of Jews during King Richard’s reign was marked by prejudice and outright persecution, so Scott draws upon actual fact in his exploration of this characteristic of English society (Weir 253-254). There is no place for Jews in the Medieval England, and this facet of the novel presages rising European anti-Semitism throughout the 19th century.


By the end of Ivanhoe, the Norman-Saxon conflict becomes one between the English and Jews. One gets the impression that neither Norman nor Saxon has really learned anything from their conflict and reconciliation. The saddest fact being that the Saxons have traded their status as the oppressed to join the ranks of the oppressors. It is this aspect of Ivanhoe that elevates Sir Walter Scott’s tale of knightly daring-do from a dime-store historical romance to literature that challenges the reader.


The Passion of the Hero
"For he that does good, having the unlimited power to do evil, deserves praise not only for the good which he performs, but for the evil which he forbears." (Scott 345)  – Wilfrid as the Black Knight speaking to Locksley.
The Norman-Saxon conflict in Ivanhoe frames questions of basic equality and personal integrity that have endured for two centuries. With such classic characters as the Black Knight, Robin Hood, King Richard, and Prince John, Scott personifies the Neoclassic-Romantic conflict of ideals and provides a model for future novelists to emulate. On many levels, Ivanhoe establishes a new genre of literature that introduces abstract concepts to the masses in the guise of drama, romance, and high-adventure.


Beyond the conflict between the Normans and Saxons, and Neoclassical and Romantic ideals, Scott also shows us the dark side of human nature. Nevertheless, he exemplifies the ideal of defending the innocent, despite societal prejudices, at the risk of one’s own life and personal honor. No, Wilfrid’s heroics in saving Rebecca did not alter the bias mindset of his society, but heroic sacrifice, as defined by Scott, demands adherence to higher ideals despite the consequences and outcomes. By advocating for religious tolerance in a century of rising intolerance, Scott’s treatment of this subject is nothing less than heroic as well.

scattered upon the waters 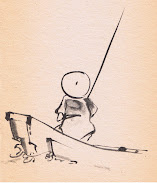 lasts but a moment

a current passing through time

in the late afternoon sun 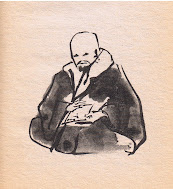 alone to their thoughts

they face the fearsome darkness

Note: This poem was originally displayed as part of the 1994 Lark Street Poetry Wall sponsored by the Sage Junior College of Albany (N.Y.).