The Facts Are Plain 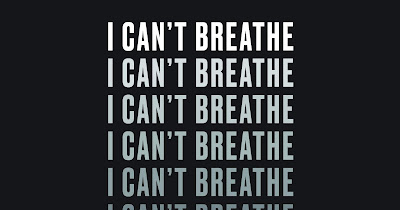 The facts are plain.


The police had a no-knock warrant where they don't have to announce themselves.


The police claim they did so anyway.  They were not wearing body cameras, so we only have their word.


The officers were looking for a drug suspect who lived 10 miles away and was already in police custody.


No drugs were found in the apartment.


Neither Breonna Taylor nor her boyfriend Kenneth Walker had arrest records.


Kenneth Walker was a licensed gun owner who was protecting his home from what he thought were burglars.  Walker was doing what the NRA tells people — buy a weapon and use it to protect your home — but since he's black the NRA has had nothing to say about this.


This wasn't a horrible accident.  It was a homicide.


We shoot them in their homes.


We shoot them while they're sleeping.


We shoot them while they're eating ice cream.


We shoot them during traffic stops.


We shoot them while they’re jogging.


We shoot them while they're running away.


We strangle them until "I can't breathe" is all they can say.


And the president calls them "Sons of Bitches" for protesting the injustice.


It’s what Americans do best.

And Now, the Response by the Honorable Haiku from New York:


From the 1981 film Heavy Metal, Taarna, last of the Taarakians, takes revenge on the mutants who destroyed a city. Song “Heavy Metal (Takin' a Ride)” by Don Felder. A classic clip from the classic film based on the classic sci-fi/fantasy magazine.