And Now, a Word from Our Sponsors: The Moral Dilemma of Sponsored Content for the Media

Anyone who visits a news website will notice the “Sponsored Content” section that runs on nearly every page. Usually, these appear on the bottom, or mixed in with links promoting real news stories, so the difference between the two is often unclear. As a former reporter and still a freelance editor, I find these ads particular offensive. For about a year now I have been tracking sponsored content on such platforms as FoxNews, the NY Post, the Microsoft News Feed, — which gets picked up by other media platforms — and many others (CNN’s sponsored content focuses more on lifestyle- or business-related items and typically avoids the clickbait trap). The same ads also turn up on the websites of local newspapers, such as my local newspaper, The (Albany) Times Union. Though, honestly, I haven’t had much use for the latter since the bird died.


Also known as “clickbait,” sponsored content stories usually feature people in the headline photo who, as often as not, are not actually discussed in the item. Additionally, 500- to 1000-word articles are often spread across 10-20 pages, or more, ergo the name clickbait. These articles engage in such errors from bad grammar and incorrect birth dates, to a curious trend in no longer referring to a celebrity’s spouse as their wife or husband, regardless of their sexual orientation. As we can see in this first example with The Big Bang’s Jim Parsons who has a husband, but one will be hard-pressed to find a single click bait ad that will refer to his spouse as such. One can surmise that they do this to avoid offending the tender sensibilities of the homophobic; however, they also curiously do with same with straight couples, such as Troy Aikman and Wesley Snipes and their wives, also redesignated as “partners.” Twelve of the most glaring examples are posted throughout this story (pithy comments by yours truly). 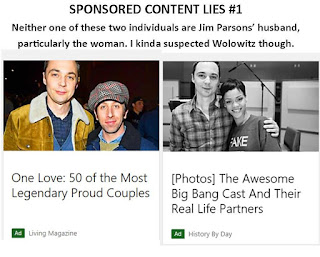 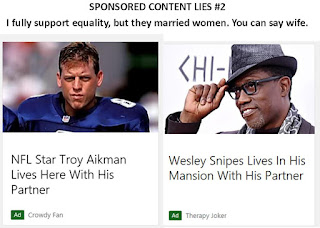 The problem with this is that while the media claims the moral high-ground in regards to reporting the truth, sponsored content revenue contributes a significant portion of the ad revenues. According to a Oct. 4, 2017, Politifact report, producing these ads can generate for their creators anywhere from $1,000 to upwards of $40,000 a month. Real news publishers will pay sponsored content publishers for the code to post these “articles” on their websites, which in turn keep their readers on their websites, increase the publications’ hits, and so allow them to base their advertising rates on the those numbers. The more people who read, the more money they can charges for the ads.


The Times Union relies on such sponsored content, and indeed was recently seen displaying two of the most egregious examples on their website (see belows). Without this paid advertiser content, The Times Union would very likely have a much smaller staff, and it has already seen significant cuts as the readership of the printed edition has dropped precipitously in the past two decades. 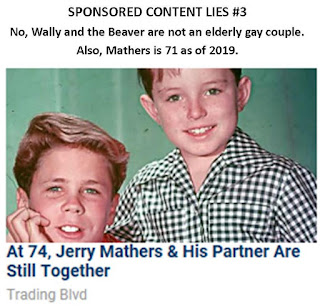 The issue of sponsored content and boycotts of media outlets, such as various shows on the FoxNews network, are intertwined. Tucker Carlson’s and Laura Ingraham’s shows on Fox have endured the loss of a lot of advertisers based on their content which often veers towards hate speech. While on one hand, the news outlets will lay claim to a moral and ethical directive to truth, they will also buy sponsored content and all its lies to generate hits to their websites, and consequently increased advertiser rates. So, while media publishers can opposed boycotts even of content the personally oppose, they are increasingly opposed to advertiser boycotts for one simple reason: It hurts their bottom line. No opinion is so egregious that a publication should be boycotted and lose revenue, particularly in an age of rapidly dropping profits. After all, why buy the NY Post or The Times Union when we can read the stories online?

WAMC Northeast Public Radio’s The Media Project Show, show #1436, Dec. 23, 2018, capsulizes this conundrum and reveals the desperation and fear publishers have of boycotts. WAMC’s CEO Alan Chartock moderates a panel of commentators consisting of Albany Times Union Editor Rex Smith Barbara Lombardo, Journalism Professor at the University at Albany, and former Executive Editor of The Saratogian and The (Troy) Record and Daily Freeman Publisher Emeritus Ira Fusfeld tackle the topic of advertiser boycotts of Tucker Carlson’s show following negative comments about immigration. Smith and Fusfeld particularly are outraged, not at Carlson’s comments, but rather that advertisers had the temerity to exercise their First Amendment rights in not lending their financial support to an odious cretin like Carlson. Indeed, throughout the entire conversation they do not discuss a single disagreeable thing Carlson said, presumably because they did not find what he said as disagreeable than with businesses displaying a social conscience.


Fusfeld’s surprising response, retelling what he would tell his salespeople when businesses refused to advertise in his paper based on the content they ran, is: “You don’t advertise in our paper because we’re nice guys. You advertise in our paper because we will bring business to your door because, at that time, we were the most highly circulated paper in the area and advertising in our paper works.” Fusfeld’s proposition here is that high reader numbers mitigate any ethical dilemma a business might have with in their ads supporting ideas to which they are opposed. The publications or editorialists can be as morally repugnant as possible, but as long as they bring in the readers/viewers then their advertising support is justified.


By extension, this also justifies advertising on such media platforms as InfoWars while Alex Jones drummed up death threats to the parents of the Sandy Hook school massacre after suggesting they are “crisis actors” and the incident never took place. This may seem like an extreme example, but if the principle applies to The (Troy) Record and Daily Freeman then it must also apply to InfoWars. Fusfeld can’t have it both ways. Personally, I find it an ethically dubious position, but it is the standard line trotted out by the media today as they try to shore up lost revenue, so Fusfeld is only expressing what most publishers, most editors, and virtually all ad people are saying. 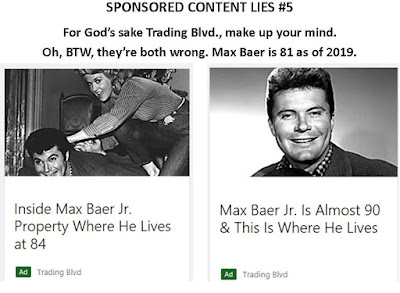 Barbara Lombardo, the professor, is the only one of the three commentators to acknowledge the moral right of businesses not to advertise, but also notes that papers no longer have the revenue to absorb the loss of an advertiser, which leads us back to Fusfeld’s dubious ethical position on the matter.


The Albany Times Union’s editor Rex Smith is clear in his opposition to boycotts. “I don’t like the idea of advertiser boycotts based upon on content.” Lombardo quickly notes, “But that is the only way to make your voice heard” and asserts such a move is not censorship. 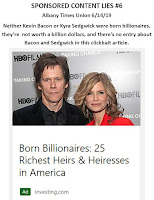 Smith concedes that is the only way an advertiser can influence a media platform, but applies this standard only to Fox and attempts to separate The Times Union from outlets like FoxNews. Smith then tries to minimize the impact and value of such boycotts, neatly forgetting how it buried Bill O’Reilly. Boycotts have most certainly cut into Tucker Carlson’s and Laura Ingraham’s ad revenue. Tucker lost at least 34 advertisers and Ingraham 27 advertisers, making Fox’s profit margin on those shrink significantly, if not quite permanently. So, to sustain those programs as a matter of political principle, funding must be shifted from other areas to cover the losses on these shows. That being said, both programs get a lot of viewers, and, as Fusfeld and Smith acknowledge, the number of readers/viewers is the real priority.


Smith echoes Fusfeld’s position that when faced with content the public disagrees with the strategy is to convince advertisers they shouldn’t engage in a boycott due to the platform’s content. Well, a nice argument if we are only talking about reporting a popular local politician’s corruption to the offense of his/her supporters, but what if the newspaper’s website promotes a editorialist who gets a large audience, but nonetheless is a demagogue who engages in racism, sexism, xenophobia, and hate speech?


Fusfeld follows up by recounting when confronted by politicians who called for a boycott against his paper based on something they disliked, Fusfeld says he told them, “You need to understand that the people who you are hurting financially here are people who pay taxes and live in this community.” The point Fusfeld makes is that in order for the businesses to make money they must support opinions they find morally repulsive; elsewise, the paper’s employees will suffer financially. Frankly, it’s a line of reasoning that can only be described as psychological blackmail. 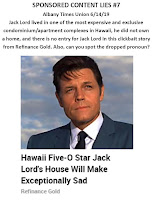 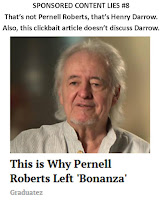 With The Times Union specifically there seems to be a real disconnect between its editor Rex Smith and its advertisers. When the Fuccillo Auto Group, once a large Times Union advertiser, pulled its ads, Smith notes, how he wasn’t even aware of it until his publisher, the Hearst Corporation, informed him. In fact, he sounds almost proud he had to be told about it. How out-of-touch must an editor be that he doesn’t even notice the absence of one of his largest advertisers until someone from the corporate office tells him about it? 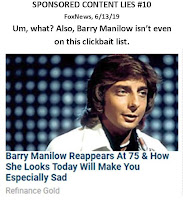 All this ties into the topic of sponsored content because as you will see that some of the ads posted with this article appeared on the Times Union’s website. On one hand, Rex Smith, who is atypical of editors and publishers, decries attempts to paint the media as promoting “fake news” and preaches about his commitment to “reporting the truth” while also having his hand out to take the money of sponsored content advertisers whose “stories” are misleading at best, and outright lies at worst. The Times Union does no fact-checking. They take the money, post the ads, and at the same time tell us that advertiser boycotts based on content are ethically wrong. Well, whatever helps you sleep at night. 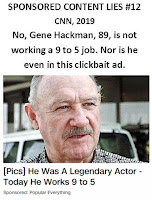 As for Aeolus 13 Umbra, there is no danger of an advertiser boycott. Neither this blog nor my various YouTube channels are monetized. What you get is passion, not profit — a lesson that the news media is increasingly forgetting.