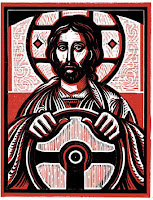 In the 1980s, I attended a small Evangelical Christian college near Buffalo, NY. There was an older student, a guy about 40, who only recently had his "Come to Jesus" moment. He kept going on about how rich he was, but that money didn't mean anything to him anymore. I mean, he went on and on about it. OK, got it chief. We had separate bills for lunch that day, but he's rich and don't care. Check.


To underscore a point he had already beaten a dead horse with, he directed us to his white Mazda RX-7, a really nice sports car back then, and said how he used to take better care of his car than his wife, who he wouldn't even let drive it before he was "saved," but now he didn't care who drove it because — you guessed it — he didn't care about money anymore.


"You'd let anyone drive it?" I challenged.


So I grabbed the keys from his hand and turned to the cute girl next to me and said "Let's go!”


I drove around, stalled it out nearly a half dozen times, and grinded about a pound of coffee changing gears. Cute girl and I got some milk shakes and we enjoyed a warm fall day cruising around in a car probably neither of us could ever afford — well, me at any rate.


We returned thirty minutes later to where rich guy stood at the edge of the parking lot nervously pacing around with both the men's and women's resident assistants hanging close by with concerned looks on their faces.


"Hey man, nice ride," I said, tossing the keys back to him.

Posted by G. Jack Urso at 6:33 PM
Email ThisBlogThis!Share to TwitterShare to FacebookShare to Pinterest