Songs of the Seventh Cavalry

In order to get a fuller picture of the lives of those who lived before us, listening to the popular music of the era reveals much about their hopes and fears. Songs of the Seventh Cavalry, a 1989 release funded by The Bismarck Tribune for the benefit of the Fort Abraham Lincoln Foundation, features music that was sung by the soldiers of the Seventh Cavalry during the post-Civil War period through the Plains Indian Wars. Of particular interest, some of these songs were sung to General George Custer by his officers on the eve of his infamous Last Stand. Both the cassette and CD versions of the recording are available below from the Aeolus 13 Umbra YouTube channel. 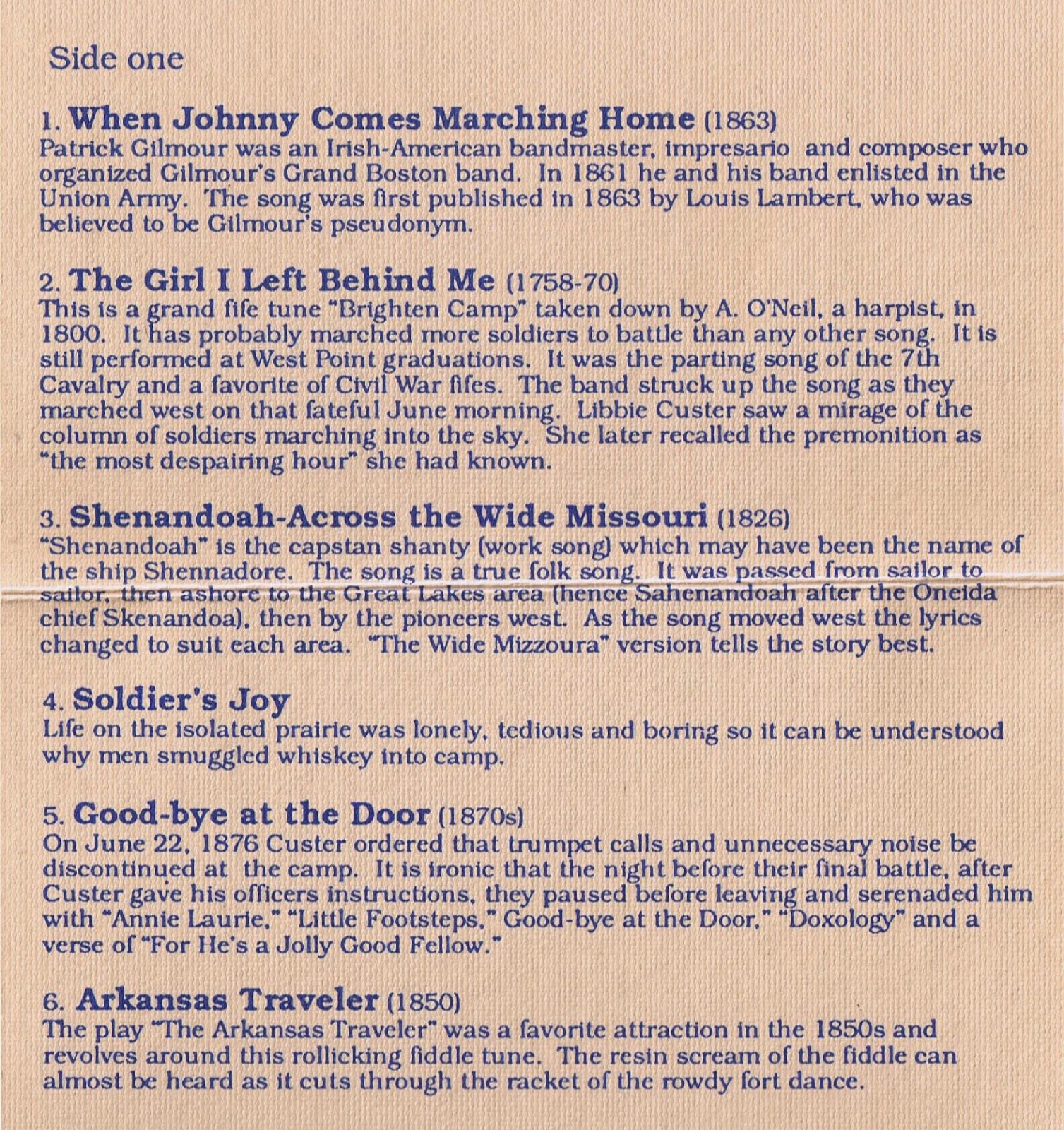 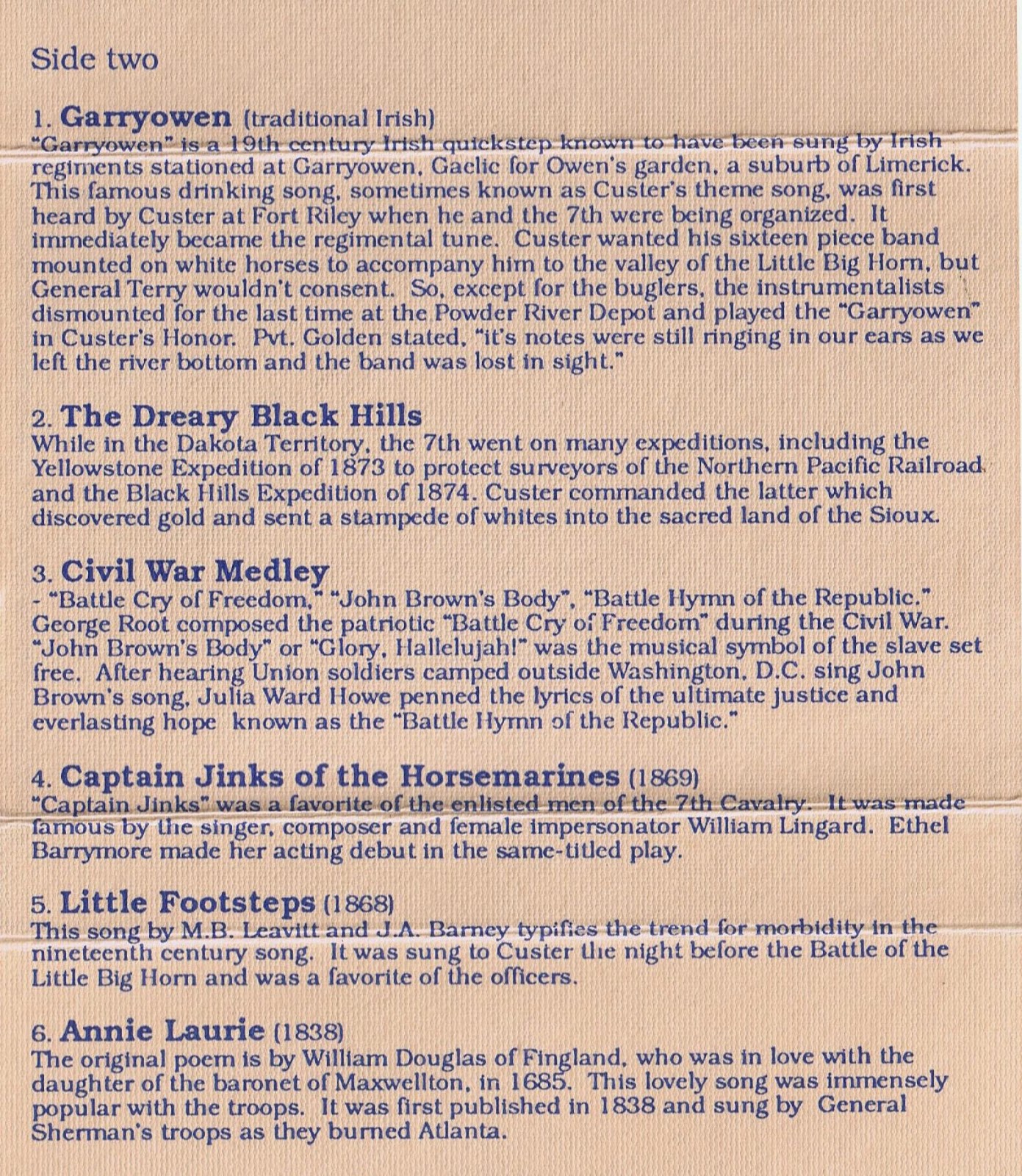 I picked up this recording on cassette at the gift shop of the Little Bighorn Battlefield (then called the Custer Battlefield) when I visited in 1990. What strikes me the most about these songs is the melancholy, the loneliness, and often the humor in the face of a dangerous and desolate frontier on the plains. View the liner notes above for historical information related to each of the songs. There is a little bit  of background hiss, but that is expected considering it is a 25 year old tape. Nevertheless, the sound quality is otherwise clear and offers a full, if frequently forlorn, picture of life in the Old West. The cassette recording is provided below:

The complete CD album for audiophiles


The Mystery of the Little Bighorn Battlefield

Posted by G. Jack Urso at 9:23 AM
Email ThisBlogThis!Share to TwitterShare to FacebookShare to Pinterest