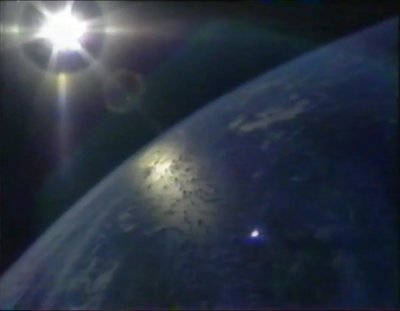 Earthview with sun rising from STS-75.
Views of the Planet Earth captured by the crew of STS-75, February 21— March 6, 1996; the 19th mission of the Space Shuttle Columbia. I added background music from the album Japan: Shakuhachi — The Japanese Flute, featuring Kōhachiro Miyata on the shakuhachi.


Available from the Aeolus 13 Umbra YouTube channel. This clip is from a videotape recorded in approximately 2000.