Facts in Doubt: Fake News and the Manipulation of the Masses 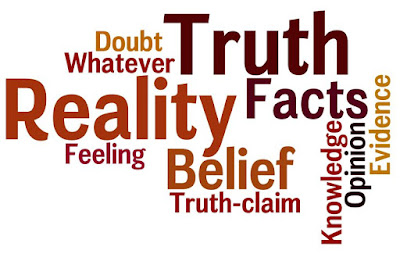 As a freelance editor/writer and reporter with over two decades of experience, including in fact-checking and corporate intelligence, I have developed something of a sixth sense for spotting sources of questionable validity, or, to put it more plainly, “fake news.”


The “fake news” I refer to does not regard different political interpretations of an event based on a person’s party loyalties, but rather direct attempts from an unidentified source to surreptitiously spread disinformation.


A Facebook discussion group I belong to named “Liberal Christians” started to get articles submitted by a new member, who I will identify later, that were from a news site that has a lot of left-oriented “news” that made assertions with any evidence or more typically commentary posing as news.  All this struck me as curious, so I dug a little deeper.


One article this new user posted that caught my attention reported that Antifa was named as the group responsible for the damage and arson in the riots. This struck me as odd for a several reasons. First, the article presents no evidence that Antifa was responsible for any of the violence (subsequent reports indicate White Supremacists have been posing as Antifa on social media). Second, the article is asserting a Begging the Question logical fallacy: The rioting is what Antifa would do, therefore Antifa is responsible. Third, the article overlooks the fact that neo-Nazis were arrested during the riots and caught posing as Antifa on social media. Fourth, people often mix up anarchists with Antifa, and while there may be some crossover the two are really separate movements. I found it odd that the author of the article would identify one group as the instigator and not the other two.


Another sign that this article was problematic is in the title: “White Activists need to be VERY FUCKING CAREFUL” [https://testset.io/2020/05/30/white-activists-need-to-be-very-fucking-careful/]. I found this an issue on two points: 1) “Fucking” is language that “Christians” (even the liberal ones) do not normally use and 2) A legitimate journalist/news source would not include such a vulgarity in a headline or an article unless it was a direct quote from another source, and even then it would likely present it as “F______” or “F******” or refer to it obliquely as the F-word.


All this peaked my interest, so I did some research on the news site, the author of the article, and the member of the group who posted the article. Here is what I found:


First: The news site in question, Testset.io, has a .io suffix in its url. The .io suffix is assigned to Internet domain names registered the British Indian Ocean Territory.


Second: Right on Testset.io’s webpage at the bottom it says it is located in Beirut, Lebanon.


Third: Although the news site is using the .io suffix, according to information on Whois.com, an online domain search database, the domain was registered in the United States from a company located in Colorado on April, 9, 2019, and “updated” on April 12, 2020.


A legitimate news website has a single stream of registration and locality. The domain is invariably registered in the nation in which the company's headquarters resides and does not misdirect readers as to its location. It does not split it up between three nations and/or territories.


Fourth: I was unable to find anything about the author of the article, one David Icke Turner — who shares part of his name with that of a British conspiracy theorist David Icke, an anti-Semite who believes in such things as an inter-dimensional race of reptilian beings who are controlling the Earth. I do not think David Icke Turner and David Icke are the same person, but integrating part of the name of a conspiracy theorist seems an almost obvious attempt to throw in a Red Herring and mislead people.


Other Testset.io authors include an Anatole d’Ecotopia and Quiscalus Texicanus. These are obvious pseudonyms with an interesting entomology. d’Ecotopia appears the reference the 1975 novel Ecotopia: The Notebooks and Reports of William Weston by Ernest Callenbach.  The story involves an ecological utopia and was very influential on the countercultural and ecological movement of the 1970s.  Quiscalus Texicanus is close to the Latin name Quiscalus Mexicanus, the scientific designation for the Great Tailed Gackle, a bird. Is this a reference to the fact Mexico once owned Texas or maybe the Southern border immigration crisis? The names seem too carefully constructed to be just random choices.


Like the purported author of the article, David Icke Turner, Anatole d’Ecotopia and Quiscalus Texicanus, have absolutely no web presence except for the articles at Testset.io — no LinkedIn profiles, no social media presence, no articles on other websites — nothing. Additionally, there also seems to be a similarity in writing styles among the authors, so for all we know they may all be the same person.


Fifth: The person who posted this article to the Liberal Christians group used the name Allison Mcdermot (original spelling). I found the spelling odd since Mcdermot is usually spelled McDermott. It could have been a misspelling, but I found it a curious detail.


Sixth: Mcdermot’s profile picture was a professional quality head shot of female model doing her best “sexy look” — a finger placed lightly on one lip while her hair hangs down loosely over her face. Something of an odd choice for someone posting to a discussion board that usually parses scripture from the Bible. I did a reverse image search on Google for Mcdermot’s profile picture, which I found attributed to the following individuals:


Additionally, this person's profile lists as her occupation "Whore ♡ at Badvice" and that she previously studied “pimpin hoes daily P.H.D at University of Houston.” As occupations, these seemed not quite representative of someone interested in discussing the finer points of Biblical scripture. This cast further doubt on the validity of the user profile.


Seventh: A search of Facebook showed that Mcdermot joined several FB political discussion groups in the 24 to 48 hours prior to joining and posting the article in question (and other Testset.io articles) to the “Liberal Christians” Facebook page. These groups include:


The conclusion is that there is a concerted effort to spread disinformation among left-oriented political discussion groups on Facebook who would be largely sympathetic to the protestors of George Floyd’s tragic death at the hands of police officers in Minneapolis.


As the old Buffalo Springfield song, “For What it’s Worth,” goes, “Something’s happening here. What it is ain't exactly clear.” One thing, however, is clear, the website is at the very least engaged in spreading disinformation and at worst hoping it will further enflame racial discontent.


America, we are being played.

Posted by G. Jack Urso at 10:49 AM
Email ThisBlogThis!Share to TwitterShare to FacebookShare to Pinterest