As I sit recovering from our first real snowstorm in nearly two years, my thoughts are drawn to the winter of 1978. I was a 13 year old seventh grader at St. Teresa of Avila Middle School, in Albany, NY. My English class was given the assignment of writing a poem in honor of the season.  I recall looking outside at the snow falling on the ground and remembering the excitement felt only when we are young and the prospect of spending long periods of time in the cold and snow is something you actually want to do.


Upstate New York experienced some brutal winters the late 70s, so there were no shortage of snow days off from school. My friends and I would gather at my house, build snow forts, snowmen, have snowball fights, and drink hot chocolate in our family’s wood-paneled, 1970s kitchen, decorated in burnt orange, avocado green, and harvest gold. I recall having this image in mind when I wrote the poem.


I had quite forgotten about it until recently when I found it among my school memorabilia, published in a copy of the St. Teresa’s Tribune (Vol. I, issue #4; June 1979). I was initially appointed as the “photographic editor,” primarily because I owned a German Agfa camera (a gift from my fascist Italian grandfather). This proved  to be a rather meaningless title since photographs can’t be printed off a mimeograph machine.


Here is my awkward first effort, not bad for a young teen suffering through puberty at a Catholic middle school:
Snowstorm


The snow falls gently on the ground


As I stand upon my self-made mound


Not a thing moves, shivers or quakes


For tonight we are in the snow’s wake

Harder and harder as it falls


Fun we’ll have in the shape of a ball


Harder and harder it gets to reap

Inside I sit all snug and warm


Until my friends come in a swarm


So here we sit all together


I’m sure my critics will say I have not much improved. One can view a scan of the original publication below.


Of note, in the publication is an interview with Father Gary Mercure, a priest then assigned to St. Teresa’s who later was convicted of raping two alter boys (click on link for more information). Mercure was not convicted of anything related to St. Teresa’s, though I do recall he went on an extended leave or a sabbatical shortly after this interview, purportedly due to a “nervous breakdown.” I stopped serving as an altar boy at some point in 1978, so I had little contact with him beyond my annoying questions in catechism class. This is at least one way my early skepticism at the validity of a hierarchal approach to spiritualty served me well.


Below are scans of the St. Teresa’s Tribune (Vol. I, issue #4; June 1979) in glorious mimeograph, and of no particular interest to anyone but alumni of the school, which was razed in 2012 to make room for a Mormon Temple. 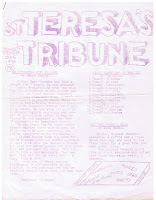 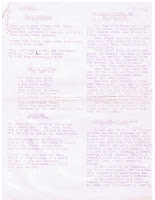 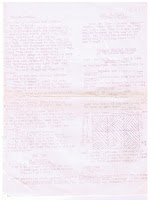 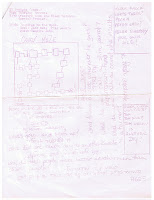 Posted by G. Jack Urso at 11:00 PM
Email ThisBlogThis!Share to TwitterShare to FacebookShare to Pinterest