In the upper right-hand corner of the photo above, standing alone and circled in red, is my grandfather Sebastiano Mario Sartorio who served in the Italian Army during the Spanish Civil War and in North Africa, where he was captured by the allies in late 1942  or early 1943 and sat out the rest of the war in a P.O.W. camp.


This photo was found between the joists in a basement crawl space of a house my grandfather built in Whitehall, NY, where he moved his family, including my mother Maria Sartorio whose wartime experiences in Sicily are recounted in the audio documentary News from the Front: Memories of a World War II Refugee. Following the internment of my mother’s ashes on May 23, 2015, we visited the current owner of the home who — very much to our surprise — presented us with the photo you see above.


I wonder, how much my mother could have told us about this picture had she known it existed? The moment underscored for me, as a student of history, how tenuous are the ties that bind us to the past and how quickly information is lost — often within the span of a generation or two. 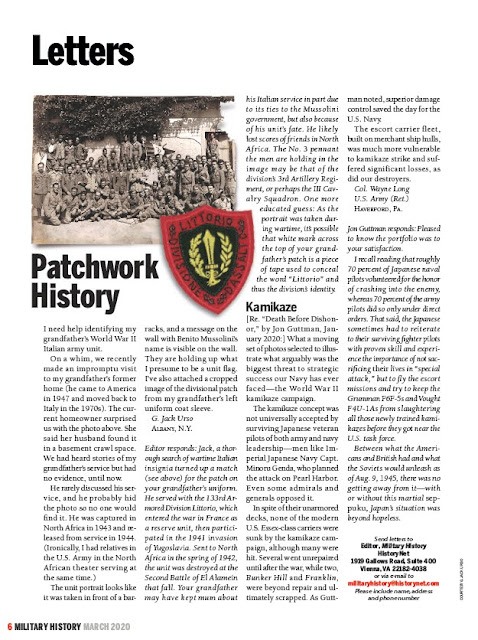